The Coziest Holiday TV To Get You In The Spirit 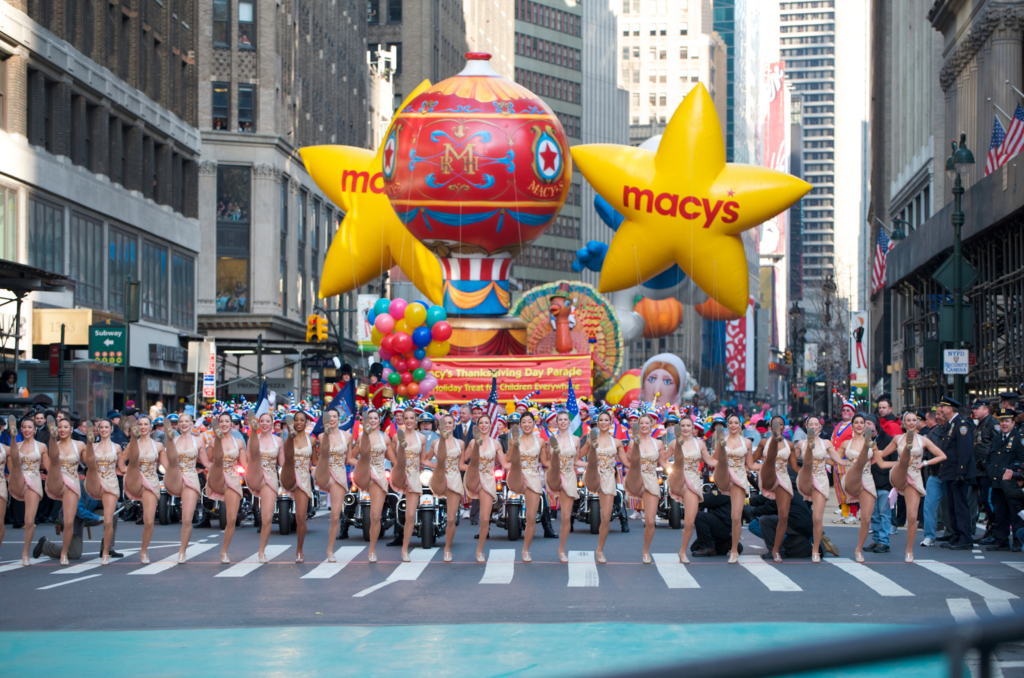 As the temperatures turn chilly, the days get shorter, and the winter coats are broken out, the energy in the air makes it obvious that the holiday season is just around the corner.  For many, this is a time to gather with loved ones and watch those heart-warming holiday classics.  Grab a blanket and some hot chocolate and put on your coziest pajamas because here are some holiday television and movies that are sure to get you in the spirit.

The first holiday TV special is often seen as the kick-off to the holiday season. The 96th Macy’s Thanksgiving Day Parade will march along West 77th Street through New York City on Nov. 24th this year. Savannah Guthrie, Hoda Kotb and Al Roker from “The Today Show” are set to host the parade as usual. This year, viewers can expect to hear dazzling performances by Big Time Rush, Gloria Estefan, Jordin Sparks, Paula Abdul and many more.  If you’re looking for balloons to spot, be on the lookout for Greg Heffley from “Diary of a Wimpy Kid”, Stuart The Minion, Spongebob Squarepants and his pet snail Gary, and the iconic blue and white Macy’s stars.  Scattered throughout the parade are many featured floats.  Two of many are the iconic “Sesame Street” float and the Big Turkey Spectacular.  It is also important not to forget the hard-working college and high school bands.  Some of these bands to hear marching down the streets of New York City are the NYPD Marching Band, The Queer Big Apple Corps and Bourbon County H.S. Marching Colonels. Lastly, Santa Claus will end the parade alongside Mrs. Claus on their North Pole float, kicking off the holiday season. With this lineup, the parade is sure to be a hit! Catch the iconic parade on Thanksgiving Day live on NBC or Peacock from 9 a.m. to noon.

The next holiday movie to be on the lookout for is “A Christmas Story Christmas”.  A sequel to

the original 1983 holiday film titled “A Christmas Story”, this film features Ralphie Parker with his own family, trying to have “the perfect Christmas” while reconciling with the death of his father.  The movie features many members of the original cast, with Peter Billingsly returning in his iconic role as Ralphie Parker.  The movie premieres on HBO Max on November 17th, so be sure to catch it and it to your holiday movie marathon list!

Featured next is a classic holiday TV episode from the beloved sitcom “Friends”.  Episode 10 of season 7 of the show is titled “The One With The Holiday Armadillo”. This episode features the iconic six around the holidays in New York City where Ross is trying to figure out how to teach his young son, Ben, about their family’s Jewish heritage while also letting him experience the magical spirit of Christmas.  He does this by creating his own Christmas mascot, the Holiday Armadillo.  This episode is arguably one of the most well known episodes of “Friends” and is filled with classic one- liners as well as holiday cheer.  If you want to add this one to your list of what to watch this season, “Friends” is available on HBO Max and on Youtube, starting from $1.99.

Next episode on the watchlist is from the heartwarming mother-daughter series “Gilmore Girls”.  The episode titled “The Bracebridge Dinner” is the 10th episode of the second season of the show.  This episode does not specifically focus on a holiday, but it is certainly filled with winter cheer.  Centered around a snowy day, the small town of Stars Hollow, where the show is set, throws an extravagant dinner party for the town, hence the title.  This episode features a snowman-building contest, horse-drawn sleighs that the characters ride, as well as a festival-like feast with all the characters in the town.  To experience this cozy episode, tune in to “Gilmore Girls” available on Netflix.

With the cozy season finally upon us, I know one of the most comforting things to do is cozy up by the fire with a warm drink and watch some holiday television.  I hope this list gives you some ideas of television and movies to enjoy this season, and I wish everyone a happy holiday season.  Stay warm!