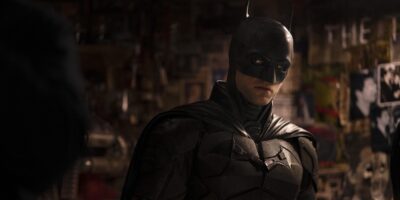 While school is coming to an end and finals week approaches, I’m sure some of us will find ourselves having more free time than we thought (or maybe, unfortunately not).  During that time, there are so many things to do, including binge-watching T.V. shows!  Here are a few random shows that I’ve binge-watched before:

The first show I recommend is “Shameless.” This show is 11 seasons long, just ending this recent summer, and is about the Gallagher family and their lives as Fiona, the oldest, raises five other siblings without their parents: an absent mother and an alcoholic father.  This show has both comedic and serious elements, with the main characters Frank (William H. Macy) as the alcoholic father, Fiona (Emmy Rossum) as the oldest sibling, Lip (Jeremy Allen White), Carl, (Ethan Cutkosky), Ian (Cameron Monaghan), Debbie (Emma Kenney), and Liam (Christian Isaiah) as the younger siblings.  We also have neighbors Kev (Steve Howey) and V (Shanola Hampton).  The show premiered in 2011, giving us 11 seasons of this drama-filled show that might not be for everyone.  If you’re into drama-comedy/serious family shows, this might be one for you.

The second show I recommend is “Bojack Horseman.”  Although this show is a cartoon, similarly to “Shameless” it has both comedic and serious elements, even more so serious.  The show stars a washed-up celebrity horse (voiced by Will Arnet) and the battles he deals with in life, including the ones he faces, but mostly, the ones he starts.  The show touches on very serious topics, including drug addiction, alcoholism, etc, and brings those to a cartoon for adults.  The show has other characters, such as Todd (voiced by Aaron Paul), Diane (voiced by Alison Brie), Princess Carolyn (voiced by Amy Sedaris), Mr. Peanut Butter (voiced by Paul F. Tompkins), and many more temporary characters that add to the drama of the show.  If you’re into cartoons and want a more serious one, or into drama shows but haven’t watched one as a cartoon, this might be something to consider.

One last show I recommend is “Schitt’s Creek.”  This is definitely a much more lighthearted and funny show that anyone can really watch.  The show stars a family of four that loses all their riches in an incident and has to move to a town that the father bought for the son as a joke.  The town is completely different from their prior lives, and they dramatically have to adjust to this new life and with the humor, experience many things they never thought they would before.  The show stars the Rose family, with the father, Johnny (Eugene Levy), the mother, Moria (Catherine O’Hara), the son, David (Dan Levy), and the daughter, Alexis (Annie Murphy).  There are also other characters that add to the show, such as the mayor of the town, Roland Schitt (Chris Elliot), his wife Jocelyn (Jennifer Robertson), their son, Mutt (Tim Rozon), Twyla, the waitress at the diner (Sarah Levy), Stevie, the motel worker (Emily Hampshire), and much more.  If you’re into cheesy comedic shows with a hint of drama, this one might be for you.

I hope you find interest in one of these shows and find the time to binge-watch!

Emily Kovalec is a senior at Siena College. She is an English major with a minor in writing and communications and film studies. As a writer of the Arts and Entertainment section, she can write about the music and other entertainment that she loves and wants to share with everyone else.