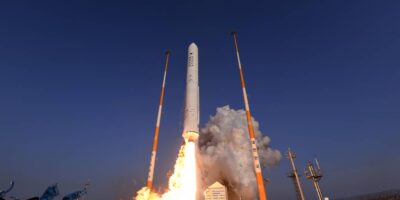 EU seeks to beat China for influence in Africa

“Our troops in Iraq and Afghanistan faced many dangers. One was stationed at bases and breathing in toxic smoke from “burn pits” that incinerated wastes of war—medical and hazard material, jet fuel, and more. When they came home, many of the world’s fittest and best trained warriors were never the same. Headaches. Numbness. Dizziness. A cancer that would put them in a flag-draped coffin. I know. One of those soldiers was my son, Major Beau Biden.” These were the words of President Joe Biden when talking about VA benefits during his 2022 State of the Union Address. Biden has publicly shared that he believes toxins found in smoke from burning waste at U.S. military installations in Iraq and other facilities abroad could “play a significant role” in causing veterans’ cancer, particularly brain cancer.

Toxic burn pits are essentially waste disposal sites scattered throughout military bases and war zones in Iraq and Afghanistan. Military bases essentially burned all their waste in open-air pits, sometimes using jet fuel as an accelerant.  Waste included everything from paints, solvents, tires, plastics, and styrofoam to batteries and electronic equipment. As a result, these burn pits produced massive amounts of toxic fumes and, depending on the location of the pit, heavy winds would disperse the smoke over adjacent areas.

There has been an ongoing debate between physicians, service members, and the Department of Veteran Affairs regarding whether burn pits are causally linked to compromising the health of some U.S. military personnel. In fact, glioblastoma is the third most common cause of cancer-related death, behind colon cancer and leukemia, in the active-duty population. In 2011, the Veterans Affairs Department commissioned the National Academy of Sciences to investigate the health hazards of military burn pits. In their report titled “The Long-Term Health Consequences of Exposure To Burn Pits in Iraq and Afghanistan,” the Academy’s 15-member panel stated that there was “inadequate/insufficient evidence of an association between exposure to combustion products and cancer, respiratory disease, circulatory disease, neurologic disease, and adverse reproductive and developmental outcomes in the populations studied.” However, they also noted that “information that would have assisted the committee in determining composition of the smoke” from burn pits, which would have helped assess health hazards, “was not available.”

For Biden, this issue is personal. His eldest son, Beau Biden, who was the former Attorney General of Delaware and served in Iraq, was diagnosed in August 2013 with glioblastoma multiforme, the most common form of brain cancer. After a series of radiation and chemotherapy treatments, his cancer was deemed stable. However, he experienced a relapse in 2015 and passed away only 10 days later.  Beau Biden was deployed overseas in 2008 and served in Iraq at Camp Victory in Baghdad and Balad Air Force Base. Both bases used large burn pits. Then Vice President Biden acknowledged in a PBS NewsHour interview that he does not have any “direct scientific evidence” to indicate a causal linkage; however, he also stated that “a lot higher incidence of cancer [is] coming from Iraq now and Afghanistan than in other wars” and “a lot of work is being done” to research it, a goal he holds onto now as President. His sentiment is shared by Amy Antioho, widow of former Army Capt. Peter Antioho. Captain Antioho was a West Point graduate who died from glioblastoma on September 27, 2020. Amy Antioho recalls, “I just remember him saying the burn pit was going to kill him someday.”

In 2022, there is has still been no significant response to this situation as the VA suggests there is insufficient evidence to link long term health condition to burn pits. However, the problem is far from gone. Raul Ruiz, a U.S Representative from California and physician, has an article on his website stating that among post 9/11 veterans who deployed to Iraq, Afghanistan and elsewhere, glioblastoma occurs at a rate 26% higher than that found in the general population, according to data from the Department of Veterans Affairs and National Institutes of Health. Also, according to the NIH, the general population has about 3.2 cases of glioblastoma per 100,000 people with the median onset age of 64 while post-9/11 veterans have about 5.2 cases per 100,000 and half of these veterans are only between the ages of 30 to 39. The cases for Vietnam and Persian Gulf veterans are even higher with 6.2 per 100,000.

Clearly veterans are showing higher rates of brain cancer than the general population. However, it cannot be confirmed whether this statistic is due to the burn pits. Dr. Adam Smith, a neurosurgeon at The Rocky Mountain Brain & Spine Institute, explained that, “In comparing military either exposed (predominately after 2001) to ‘burn pits’ to those not exposed, there seems to be equal rates of brain tumors.” The investigation committee from 2011 suggested that the higher veteran glioblastoma rates may be associated with the general exposure to air pollution and toxic substances during military activities and in natural dust storms in the areas where troops were deployed.

Albeit glioblastoma multiforme is the most common type of brain cancer, brain cancer itself is a very rare form of cancer (only 1% of the total new cancer cases per year). High dose ionizing radiation exposure and inherited predisposition syndromes can be a causative factor, but very few cases can be attributed to these sources. Most brain cancer cases are thought to occur from spontaneous genetic alterations. If in fact exposure to burn pit toxins is inducing glioma, then the toxins would have to be able to get through the brain’s highly defensive blood brain barrier, which is a significant obstacle even for chemotherapy treatments and drugs that are part of oncolytic regimens. “Cancer risk is a probability, not a certainty,” added Dr. Guidotti, a former chair of the Department of Environmental and Occupational Health at George Washington University Medical Center. “Various exposure risk factors increase the chance of cancer but rarely determine it for sure, [although] there are exceptions.”

In conclusion, there is insignificant evidence to suggest that burn pits are causing brain cancer. However, as Dr. Adam Smith puts it, “absence of evidence is not the evidence of absence.” It is reported that the government is performing additional studies, which seems promising as there has not been an official investigative report since 2011. Soldiers are also taking matters into their own hands; a nonprofit veteran group, Burn Pit 360, is calling on vets to report health complaints from burn pits. Additionally, if these burn pits are spreading carcinogenic fumes, the civilians living near overseas military bases also face significant health risks. The reality remains that the veteran population is experiencing brain cancer at above-normal rates and there must be more investigation into why this is the case and how, if possible, this deadly pattern can be altered.

EU seeks to beat China for influence in Africa