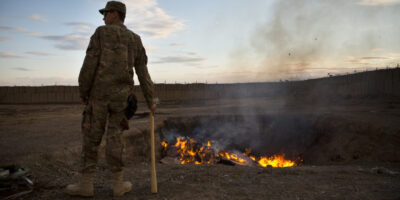 At 10:59 a.m. (Greenwich Mean Time) on Sunday, Nov. 14, 2021, an explosion wracked Liverpool in the United Kingdom. The blast occurred outside Liverpool’s Women’s hospital and was the result of a car detonation. According to BBC, the Assistant Chief Constable, Russ Jackson—the head of Counterterrorism Policing North West—reported that the explosion was caused by the taxi passenger who appeared to have made an improvised explosive device.

The suspected bomber was 32-year-old Emad Al Swealmeen, a refugee from the Middle East and a Christian convert. Swealmeen’s motivation for the attack is unknown at this time. However, according to BBC, he did have a history of mental illness. Swealmeen had previously applied for asylum in the U.K., but was rejected in 2015. It is unclear what his legal status was at the time of the incident.

The police are proceeding with extreme care and have labeled the attack a terrorist incident. According to ABC, the British police believe that, had it been detonated under different circumstances, such as inside the hospital the bomb would have caused significantly more harm. It is unknown whether there is any connection between the attack and the Remembrance Day services and events occurring in a nearby area.

As a precautionary measure, the British Government has raised the terrorism threat level for the United Kingdom from “substantial” to “severe.” According to the Washington Post, the British Government considers the possibility of a terrorist attack “highly likely.” This incident coupled with the fatal stabbing of a British lawmaker back in October have left the country on edge, and its government concerned with possible future incursions.

Two hours after the blast, U.K. Counter-Terrorism police raided a house in the Kensington area east of the Liverpool city center and three individuals were detained. A second raid that occurred near Sutcliffe Street, a mile from the hospital, resulted in a controlled explosion of dangerous materials collected during the raid in nearby Sefton Park and the detainment of another individual. The four individuals detained in the raids have since been released. ABC reported that the evidence collected during these raids contributed substantially to the police’s understanding of how the attack was planned, prepared for and just how it happened.

The taxi driver, David Perry, who was injured by the bomb when it exploded outside the hospital, has since been discharged from the hospital. According to BBC, his wife, Ms.Perry, said: “ He is without a doubt lucky to be alive.” The bomb exploded while David Perry was in the vehicle and it is unclear how he was able to escape with only minor injuries. But, it has been reported that he was able to lock the vehicle before the explosion, thus protecting himself from Swealmeen’s attack. According to BBC, David Perry has been lauded for his heroic actions by police and local community members. Even Prime Minister Boris Johnson had something to say: “It does look as though the taxi driver in question did behave with the incredible presence of mind and bravery.” Several fundraisers have been set up, which have raised about £21,000 for David Perry and his family. However, the family has urged the public to be careful with who they donate to since there are some organizers setting up fake fundraisers.