Tensions in the Taiwan Straits 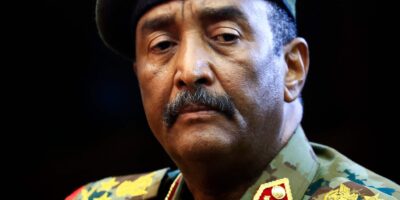 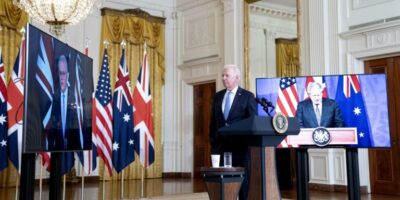 The perennial hotspot of the Taiwan straits has once again become the focus of global attention as tensions rise between the People’s Republic of China on the mainland and the Republic of China on Taiwan. Although claimed as part of China, Taiwan has been governed independently for over 70 years by the government of the republic based in Taipei. This was enacted after Mao Zedong leader of China’s Communist Party defeated ROC Nationalist forces under Chiang Kai-shek during the Chinese Civil War. While in exile on Taiwan, the republic remained the UN-recognized Government of China until Oct. 25, 1971, when recognition was transferred to the People’s Republic of China. Since then, the PRC has asserted that Taiwan is an inseparable part of their territory and has vowed to reunify Taiwan with the mainland by peaceful or forceful means. However, the Taiwanese are split on reunification with some believing reunification is necessary, others hoping for the ROC to return to being the UN-recognized government of all of China, and some advocating for the ROC and Taiwan to declare independence completely and go their own way.

The ever delicate dance of relations between these two nations saw some new moves. From Oct. 1 through Oct. 5, 2021, a record number of PRC incursions into the Taiwanese Air Defense Identification Zone occurred. The largest incursion involved roughly 150 planes of the People’s Liberation Army Air Force, consisting of fighter jets, nuclear-capable bombers, anti-submarine aircrafts and early warning aircrafts. In response, Taiwan issued radio warnings to the aircraft and activated air-defense missile systems to track the aircraft as they traveled through the ADIZ.

According to a CNN interview with several western military analysts, the increase in incursions serves several PRC policy purposes, including attempting to intimidate the Taiwanese government. For example, giving the PRC pilots and aircrews experience in flight operations in the area under various conditions while wearing down Taiwan’s smaller air force through multiple forced sorties to meet the threat posed by PRC aircraft. The incursions are also a signal to Taiwan’s allies, mainly the United States and the United Kingdom, that the PRC will not back down in the face of their support for Taiwan.

The U.S. has historically supported Taiwan in its struggle to remain independent of the mainland, selling them billions of dollars worth of weapons and equipment. The Wall Street Journal recently revealed that the U.S. has also deployed small contingents of special forces operators and U.S. Marines to Taiwan to help train its military forces. According to the Wall Street Journal, U.S. forces have been rotating secretly through Taiwan for over a year, although neither the U.S. nor Taiwan have commented on the program. Experts at the Wall Street Journal see the move as more beneficial than merely selling Taiwan advanced weaponry. Such training helps build camaraderie and interoperability between the U.S. and Taiwanese militaries, which has been lacking in recent years. This deployment is also symbolic of the United State’s support for Taiwan in the face of PRC threats. The PRC, on the other hand, may see this move as a violation of the 1979 agreement under Nixon, which normalized relations between the U.S. and PRC with the stipulations that the U.S. would withdraw diplomatic recognition of Taiwan and remove all military forces from the island. This may worsen relations between the U.S. and China which are already strained over recent conflicts such as the trade war, South China Sea dispute, COVID-19 and human rights abuses like the Uyghurs internment camps.

Despite escalating tensions, CNN stated that on Saturday, Oct. 9, 2021, Chinese President Xi Jinping reaffirmed his intentions to reunify Taiwan with the rest of China through peaceful means while speaking at an event in the Great Hall of the People in Beijing. President Xi has been a strong proponent of the “one country, two systems” strategy, which was used in Hong Kong and is vehemently opposed by the Taiwanese. That being said, President Xi hasn’t ruled out the use of force like many of his predecessors and was quoted by CNN as saying, “People should not underestimate the Chinese people’s determination to defend national sovereignty and territorial integrity. The task of complete reunification of China must be achieved, and it will definitely be achieved.” In response, Taiwan’s government vowed to do whatever it takes to defend its freedom and democratic way of life.