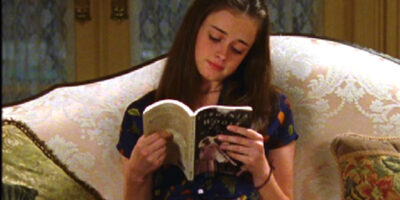 The Emmy Awards are back and more exciting than ever. The 73rd annual awards show was held in person with a wide range of talented nominees anxiously awaiting the results. Host Chris the Entertainer opened the show performing “Just a Friend” with Rita Wilson, LL Cool J, Cedric, Billy Porter, and Daveed Diggs as a tribute to Biz Markie’s passing in Jul. of 2021. This year’s winners in the three major categories were showed exclusively through streaming sites like Netflix, HBO and Apple TV.

After years of nominations in the Drama category, the Crown finally won, with sixty-three overall nominations and twenty-one wins. The show broke Emmy records, becoming the first series to win all seven major awards in the drama category. Olivia Colman and Josh O’Connor took home the awards for outstanding lead actress and actor. Jessica Hobbs won for her directing skills, and Peter Morgan for the writing on the series. Gillian Anderson and Tobias Menzies won for Outstanding Supporting Actress and Actor. The other several wins included Outstanding Casting, Production Design, Cinematography, and more. This period drama may not be everyone’s taste, but it sure is an exciting one. In Comedy, Ted Lasso dominated this category, with twenty overall nominations and seven wins. The show was awarded a well-deserved win for Outstanding Comedy Series. A hilariously talented Jason Sudeikis took home his first Emmy for Leading Actor. Hannah Waddingham won for Supporting Actress and Brett Goldstein for Supporting Actor. The show also won Outstanding Casting, Sound Mixing, and Single-Camera Picture Editing. After the success of the series, it might be worth checking it out.

In the Anthology Series category, “The Queen’s Gambit” received eighteen nominations and eleven Emmy’s, one being Outstanding Limited or Anthology Series. For a show about the slow game of chess, that is pretty impressive. Scott Frank received the Outstanding Directing award. The show also won costume design, makeup, cinematography, and more production awards. Ewan Mcgregor took home the award for Lead Actor in this category for his role as Halston in the show “Halston”. “Mare of Easttown’s” Kate Winslet won her second Emmy this year for Leading Actress. Evan Peters received his first Emmy for Supporting Actor, while Julianne Nicholson was awarded Supporting Actress.