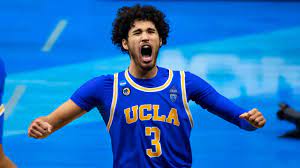 The NFL’s free agency kicked off in the middle of March with some big names in mind such as Deshaun Watson, Matthew Stafford and JuJu Smith-Schuster among many others. Being a Ravens fan, I was upset to see some of our players let go such as Matthew Judon who will now be playing for the New England Patriots who wasted no time in this free agency. In just the first couple of days of free agency, the Patriots signed new players such as tight end Jonnu Smith and wide receiver Nelson Agholor among many others.

However, wide receiver Juju Smith-Schuster turned down many offers during free agency to return back to the Pittsburgh Steelers even though he was offered better deals from different teams. Some of the offers included came from the Ravens who offered him 9 million with 4 million dollar incentives and Kansas City who offered 8 million with 3 million dollar incentives. Ultimately Juju settled for 8 million so he could stay in Pittsburgh and continue his career there.

Deshaun Watson is another big name floating around in free agency, however, he was recently involved in several sexual assault lawsuits. Watson is now undergoing investigation for possibly violating the NFL’s personal conduct policy.