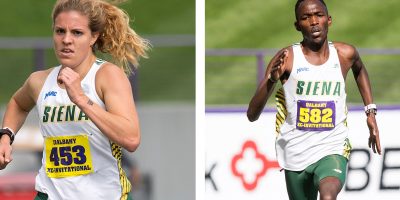 After a strong start to the season for the Siena Men’s basketball program, the team hit a bit of a rough stretch and lost two close road games to Harvard and Yale. The loss to Harvard was a triple overtime thriller, and the game against Yale was only a three point defeat. Even though neither outcome was ideal, there were still many positives to take away from both games. Donald Carey continued his scoring tear with an average of 17.5 points between the two games, and Sammy Friday contributed off the bench with 5 rebounds against both Ivy League squads. In the game against Yale, all four starters played at least 43 minutes and registered in the double digits for points. Jalen Pickett played the entire 55 minute game and had a near triple double with 17 points, 8 rebounds, and 10 assists. Manny Camper also had a monster double double with 22 points and 19 rebounds.

Camper is essential to the success of the team. According to ESPN, he is second in the MAAC conference for rebounding, and ninth in the entire nation with an average with 11.8 per game. Beyond just the defensive end of the floor, Campers ability to rebound the basketball is incredibly conducive to the fast paced offensive style that the team plays. He can get a defensive rebound and either advance the ball quickly with a sharp outlet pass, or with his own speed and ball handling ability. According to Basketball Reference, Camper leads the team in offensive rebounding with 3.2 a game. His rebounding numbers are even more impressive when you consider the fact that he is doing this at 6’6 as well as from the guard/wing position. He is putting up traditional big man rebounding numbers while being a key contributor on offense.

As a team, the Saints offense continues to be high powered. They are the highest scoring team in the MAAC with 76.4 points per game and they average the most field goal attempts per game (ESPN). They also have three of the top 10 scorers in the conference in Burns, Carey, and Pickett. The team seems to be able to score with ease, and coach Carmen Maciariello’s system has been a success so far. There is no evidence to suggest that any of this will change either. All of the three along with Camper score both consistently and efficiently, and their rapid play style will ensure they continue to get a lot of field goal attempts.

The team does not have another home game until December 21st when they battle the Bucknell Bison. That match up marks the beginning of a four game home stand which will provide a nice break from traveling for the holidays. Even though the team lost games against Yale and Harvard, there are still many positives to focus on as the team inches closer to the beginning of conference play.

All Stats are from ESPN & Basketball Reference and are accurate as of November 27, 2019.