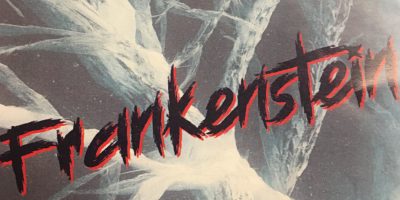 Euthanasia has been legal in the Netherlands since 2002. The law states that it is reserved for patients who demonstrate a consistent and sustained wish to die. According to the 2002 law, a patient must be experiencing unbearable suffering and there must be no hope for improvement in order for doctors to grant the patient’s wish to die. However, the law is not sufficiently clear on whether patients without full mental capacities should be granted euthanasia. In recent years, there has been an intense debate over whether patients with dementia are capable of consenting to physician-assisted suicide. Although thousands of people are euthanized every year in the Netherlands, euthanasia of patients with severe dementia has historically been quite low. According to The Guardian, only two patients with severe dementia were euthanized in 2018 in the Netherlands.

A Dutch doctor had recently gone on trial for performing euthanasia on a 74-year old woman with dementia. This is the first time that a doctor has gone on trial for euthanasia in the Netherlands. The patient was suffering from Alzheimer’s disease. She had received the diagnosis four years before her death and had written a statement saying that she would like to be euthanized before she entered a care home. In 2016, as per the patient’s wish, the doctor placed a sedative in the patient’s coffee and administered a lethal injection. However, the patient had struggled against the lethal injection and had to be held down by her family. Prosecutors argued that the patient had not displayed a consistent desire to die and that the doctor had not verified the patient’s desire to die before performing euthanasia. The prosecutors did not doubt the doctor’s intentions but believed that she should have had more conversations about the euthanasia with the patient. Many other experts have argued in support of the doctor’s decision, stating that those with severe dementia do not have the ability to make a decision about physician-assisted suicide and that a living will provided sufficient consent.

The doctor was acquitted on September 11 of this year in this landmark case in favor of euthanasia for patients with dementia. The judge ruled that the patient would not have been coherent enough to participate in conversations about her desire to die towards the end of her life due to her severe dementia.

There have also been debates in other countries about the extent of the legality of euthanasia. In Belgium, a recent law has allowed minors to request physician-assisted suicide. In 2015, the Canadian Supreme Court ruled in favor of allowing patients to request euthanasia, but with the caveat that the patient must be capable of consenting to the euthanasia at the time immediately preceding their death. Thus, in Canada, patients with dementia and other illnesses that may alter their mental capabilities would be unable to request physician-assisted suicide.

First Generation in College at Siena

The Fight for the Oval Office