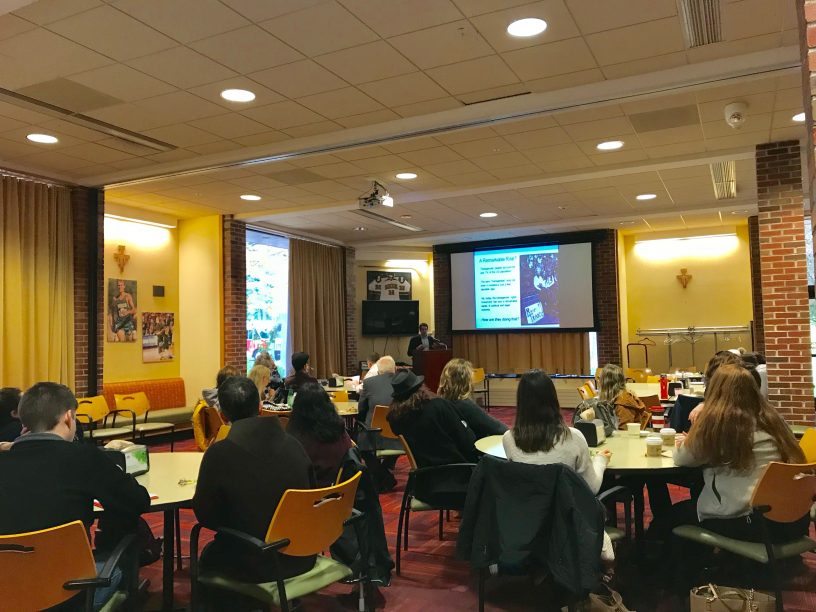 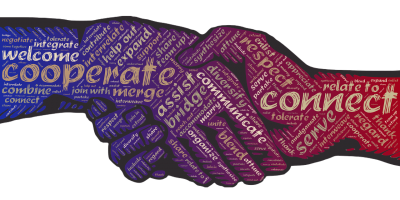 Dr. Daniel Lewis, associate professor of political science, held a book release lunch on Wed. Oct. 24, 2018, in Lonnstrom Dining Hall. His book, titled “The Remarkable Rise of Transgender Rights,” was co-authored by Jami K. Taylor and Donald P. Haider-Markel and seeks to explore “how a small, seemingly marginalized group becomes a political force.” The event drew in students and faculty of all majors interested in learning more about the transgender rights movement. Dr. Lewis shared how he decided on the topic of transgender rights. “I’ve been broadly interested in the idea of how minority rights are represented in our democratic system,” he said. “I looked at a lot of gay rights issues. Through networking with my co-authors, I started doing some work there and realized there wasn’t really a comprehensive examination of transgender rights politics. We saw it as more of a need and something we were passionate about trying to understand.”

In promoting his newly released book, Dr. Lewis shared some of the research he studied while working on “Remarkable Rise.” Transgender people account for roughly 1 percent of the U.S. population, and the term “transgender” was not even in existence a few decades ago, so there was no label to identify with in pursuing these types of policies. Through research, Dr. Lewis learned that knowing someone who is transgender increases one’s likelihood to support beneficial policies. “The number of people that report knowing someone who is transgender has increased over time, not only among close friends or family members but also acquaintances,” Dr. Lewis said, “which suggests there are opportunities to increase support for their policies.”

Part of Dr. Lewis’ research included running national surveys about people’s attitudes towards transgender people and transgender rights policies. On a “hot to cold” spectrum, transgender people have a lower rating than gays & lesbians, gun owners, police, interracial couples, scientists and veterans; this suggests the response to transgender people is generally negative. When polled on discrimination policies, an overwhelming majority agreed with providing protection for transgender people, yet the results become more polarizing when prompted about bathroom policies. Even though bathroom access is still a concern directly related to transgender rights, there was an even split on those surveyed on using bathrooms marked with one’s current gender identity versus one’s birth gender. “We had a lot of variation based on the policy itself,” Dr. Lewis explained.

Though Dr. Lewis is optimistic about the course of the transgender rights movement, there are still continuing challenges. Levels of public support for transgender people remain relatively low. Similarly, transgender rights achievements over the Obama administration have been removed in the current administration. “We’re seeing a lot of those successes peeled back over the Trump administration,” Dr. Lewis said. “A lot of these victories are tenuous right now, and there are challenges to come for the movement. Still, there is a lot of optimism for the transgender movement in securing these civil rights,” Dr. Lewis concluded.

The luncheon was supported by the School of Liberal Arts, the Diversity Action Committee, the Center of Undergraduate Research & Creative Activity and the Department of Political Science and International Relations. If students are interested in purchasing Dr. Lewis’ book, copies can be ordered online.