Colleges Against Cancer Pink Out

Posted by Sophia Henneman on November 2, 2018 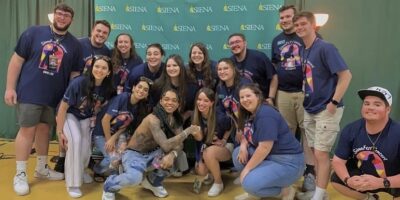 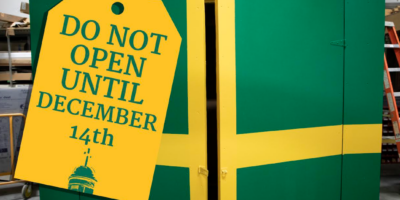 ‘Tis the season for lots of pink! Since October is Breast Cancer Awareness month, pink is spreading all over the country to raise awareness for the disease. The Colleges Against Cancer Club has been working hard to spread awareness right here on Siena’s campus. The club held an entire breast cancer awareness week with various events, one being the “Pink Out” on Oct. 19 during free period.

Seeing the Siena community come together for an important cause is very heartwarming and a part of what makes Siena special. Ross said, “I loved seeing Siena students wearing pink and coming together for such a great cause.” When asked about her favorite part of the event, she explained the value of the Siena community even further. Ross said, “My favorite part was having students come to me and tell me snapshots of stories about how breast cancer has affected them or their families. It reflects how much of a close community Siena is.”

Keep an eye out for more Colleges Against Cancer events held around campus to learn about different types of cancer and its effect on the community. The main event Colleges Against Cancer holds is Relay for Life, the biggest fundraiser for the American Cancer Society. This will be held right in the MAC on March 23 from 6 p.m. to 12 a.m.