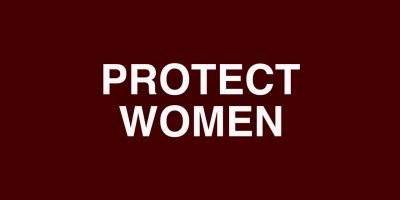 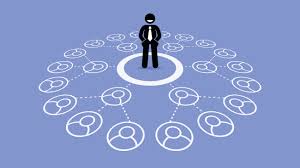 On the 30th anniversary of their iconic “Just Do It” slogan, Nike decided to celebrate their ad campaign by releasing a highly controversial advertisement featuring Colin Kaepernick, with the caption, “Believe in something. Even if it means sacrificing everything.” This clearly alludes to Kaepernick’s stand (or kneel, if you will) against racial inequality and police brutality, which some believe to be the reason the quarterback hasn’t taken a snap in an NFL game in nearly two years. Regardless of political stance on the issue, was Nike in the right for making this move to stand with Kaepernick, despite the amount of potential backlash they could have received? Well… yes and no.

Let’s take the high road and start off with the good. According to data from Edison Trends, Nike’s online sales had jumped a whopping 31 percent from Sept. 2 to Sept. 4, nearly double the increase they enjoyed over the same period one year ago. Coupling the accessible picture advertisement along with a trailer featuring him appearing during Thursday night’s NFL kickoff, there is no doubt the word got around. Speaking purely in terms of raw data, the advertisement campaign clearly helped Nike. Not only did they have a massive jump in sales, but their company’s shares are also higher now than they were before the ad was released. As of writing this article so far, that is the only conclusion we can come to. Whether these trends hold up over time, however, I, nor anyone else can answer.

On the other hand, the amount of consumer backlash that has been seen is quite prominent. After the ad was released, many pictures and videos surfaced of people reacting to Nike’s decision in ways such as burning their Nike sneakers, cutting their logo out of clothing products, etc. In my opinion, I think that your average educated consumer would have background knowledge of the current situation with Kaepernick by the time the advertisement was released, and have already formed an opinion on the matter. Whether they supported him or were against him would clearly influence any sales or boycott of their entire brand from individual consumers, because the best way to show you condone or condemn Nike’s actions would be to either buy their product or, apparently, burn their product.

For the people who are brazenly destroying their Nike goods, this is the problem with that: the people who are destroying Nike’s products already bought the thing that they’re burning, or cutting, or whatever the method. The only person they are hurting is themselves, by literally destroying an expensive purchase they made, simply because they disagree with the ad campaign of the company that made it. Yes, it might impact future sales from those consumers, but I doubt this will hurt Nike in the long run, in that aspect.

However, there is another major aspect about Nike that might come into play due to this campaign. For those who do not know, Nike recently signed an extension to be the NFL’s uniform and apparel supplier for the next ten years. I cannot quite say for myself, but I do not know how well the NFL is going to respond to this, considering that their sole supplier for everything their players wear just launched a massive advertising campaign focused around the man who is currently suing them with counts of collusion against him. Whether this turns out to be a good or bad thing for Nike is another story, especially one that cannot be answered this early.

All in all, I think the move by Nike to make an ad campaign around Colin Kaepernick is a risky one, no doubt about it. However, it is not the first time the company has done something like this. Nike has made ads in the past promoting awareness about things such as AIDS, Title IX, overcoming controversial stereotypes, etc. From their history of this, clearly, they are not bothered in the slightest to take a stance on this issue as well, especially with all the weight they have in the industry. I think in the end, Nike will benefit by making Colin Kaepernick the face of their brand, despite the current consumer backlash. Only time will tell.