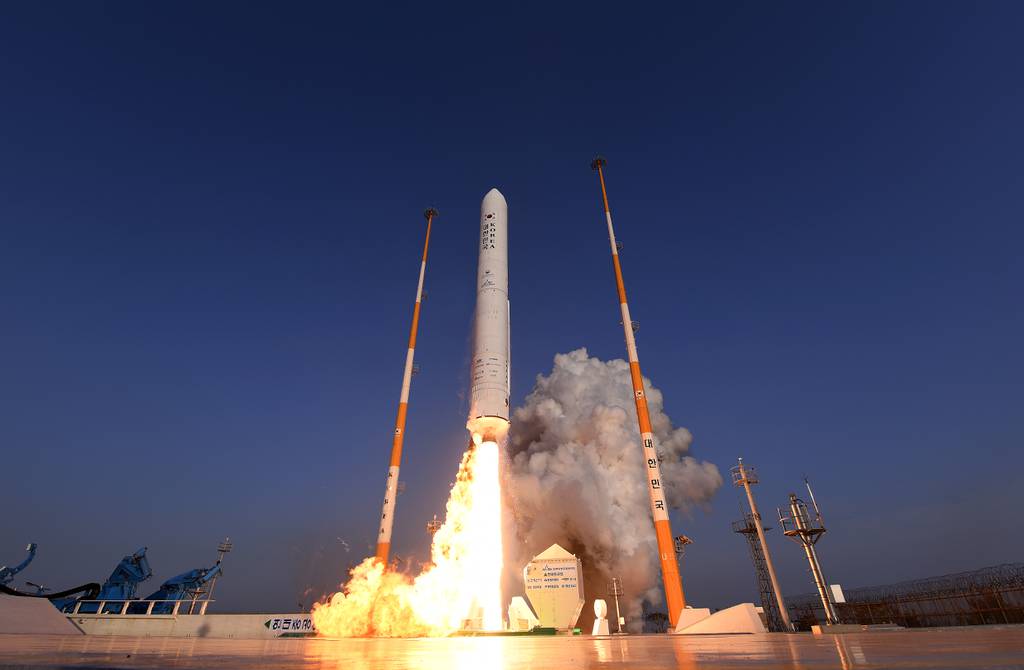 On Mar. 30th, 2022, South Korea successfully test-launched its first domestically produced solid-state rocket system from a State-run testing facility in Taen, 93 miles southwest of Seoul. Defense Minister Suh Wook and other senior South Korean officials were on hand to observe the launch. This test launch serves as a proof of concept for the development of South Korea’s organic space launch capability. The test comes on the heels of a similar test launch conducted by North Korea of one of its ICBM missile systems and South Korea’s first domestically produced liquid state rocket system, Nuri’s launch last October.

The U.S. had previously banned South Korea from developing solid-state rocket systems. The United States had placed this ban on their South Asian ally out of concerns that such development would lead to bigger missiles and an escalating arms race between South Korea and North Korea. However, the Biden administration rescinded this ban in 2020 due to increased tensions on the Korean peninsula.

The whole reason for South Korea to develop a domestic solid-state rocket system is to allow South Korea to develop its own space surveillance system, specifically spy satellites and GPS satellites. In addition, solid-state rockets are cheaper to manufacture and develop than liquid-fueled rockets and decrease launch turnarounds. This move is a critical next step to a fully functioning domestically-based space program and space launch capability and organic-based space surveillance and telecommunication network.

According to NPR, the South Korean Defense Minister called the successful test “a key milestone in our military’s efforts to [build] a unilateral space-based surveillance system and bolster defense capability.” The minister also emphasized that the launch and rocket system used “pure Korean technology.”

In addition to their own rocket test, South Korea responded by conducting military drills for their air defense system and launching a volley of short-range missiles from the ground, sea and air. This was an unprecedented show of force as South Korea had previously reserved its response to North Korean Missile tests to strongly worded condemnations. But this response may reflect a change in policy as the new South Korean President, conservative Yoon Suk-yeol, who promised to take a tougher stance on North Korea, takes over from the more conciliatory policies of the liberal, outgoing South Korean President Moon-Jae In.

According to The Guardian, North Korea responded by saying the missile test was historic and meant to demonstrate advances in North Korean rocket technology and would help curb “dangerous military attempts” by the U.S.

Whether or not these developments start a new missile arms race on the Korean peninsula remains unclear. But what is certain is that the South Korean Aerospace industry is coming into its own and South Korea will continue to flex its new and growing spaced muscle into the near future.