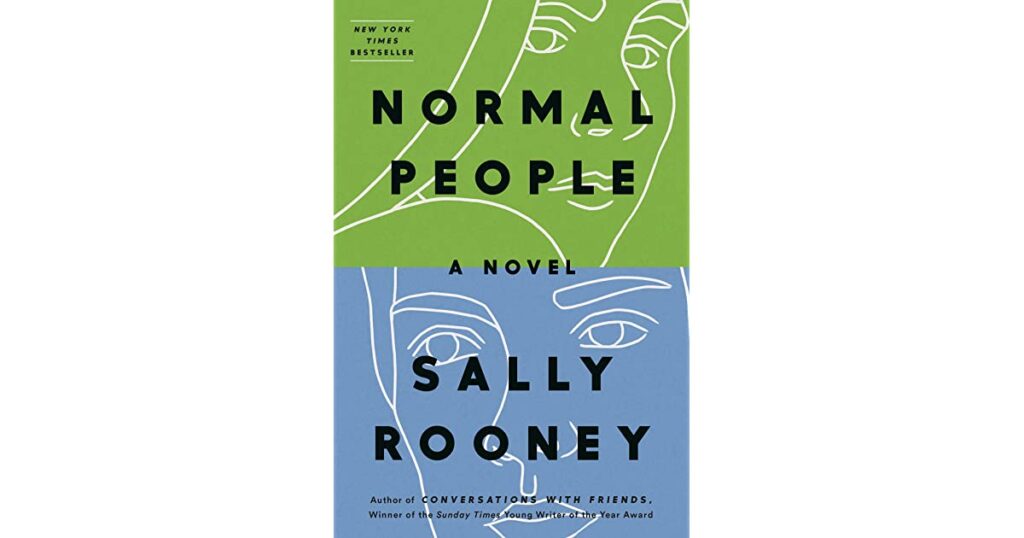 I’ve recently started getting back into reading this semester for fun, not for just academic reasons, which to be honest, kind of threw me off from reading for a while.  However, we’re halfway through the fall semester and I’ve recently read two books that I really enjoyed, one of which was “Normal People” by Sally Rooney.

The two main characters of the book are Marianne and Connell, but this story is more than just one about two people who have so much love for each other. These characters are constantly finding their way drawn back to one another all the time, but are never actually together.  I was interested in reading this book after I saw a clip on Tik Tok of the show based on the book.  Before I watched too much of it, I read the comments and saw it was based on a book. So, since I planned to get back into reading, I decided to look for it to start.

I got it around the beginning of October and, instantly, I was hooked.  It isn’t one of those cliche romance books based solely on high school, where the popular guy falls for the quiet girl. Sally Rooney wrote something that is much different, with the duration of the book taking place over the course of many years—starting with high school and leading to past college.

As the weather gets colder and there are fewer things to do outside, I recommend reading a book, like “Normal People,” to pass the time and have something to do.  If you aren’t into romance books, that’s perfectly okay! Although this work falls into the romance genre, there is much more to it than you would think, which is perhaps exactly what would get you into these kinds of books.

Here is a summary of the book for those who want to read it:  Two high schoolers from different worlds come to like each other, and it is a lot more than either of them planned. Throughout high school, college and life beyond they tend to date other people and do their own thing. Whether they are in each other’s lives or not, there is always a connection between the two of them. There are times when they exit each other’s lives, find their way back to one another and try and be friends again. But, the love the two of them have for each other is like no other, and I think that’s what makes the book so interesting.  It isn’t a cheesy romance where they date and then maybe get into one fight then it works out in the end (which is the way that most romance novels and movies work). The premise of Rooney’s book is that Marianne and Connell aren’t perfect; they have their fights and their moments. They’re on again and off again throughout the many years that take place in the book, and that’s what makes it different and real. There is no cheesy happily ever after, and it sort of reminds me of the movie Eternal Sunshine of a Spotless Mind (which I definitely recommend as well).

I hope that those who are interested in “Normal People” set aside time to read it!  I’ll be watching the show on Hulu very soon, so stay tuned for a possible review of the adaptation and its comparison to the book!