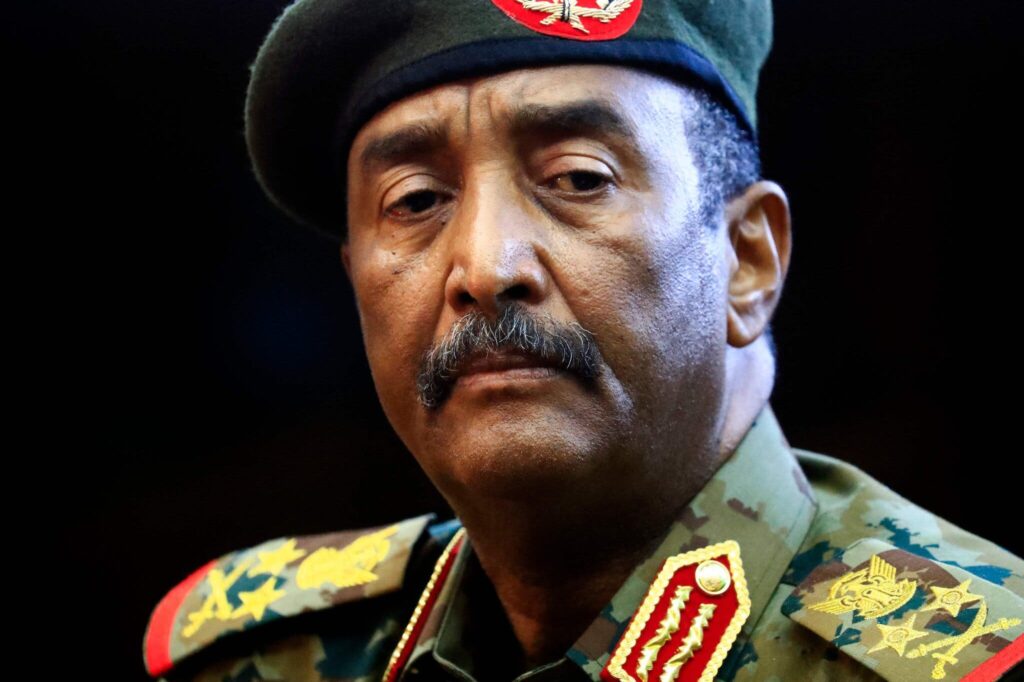 In the early morning hours of Monday, Oct. 25, 2021, military forces under General Abdel-Fattah Burhan arrested Prime Minister Harmdok and other civilian officials in the Sudanese capital of Khartoum. General Burhan announced the dissolution of the government and the Sovereign Council on national television. The Sovereign Council is a joint military and civilian institution overseeing Sudan’s transition from military to civilian government since the ousting of Omar-al-Bashir, the former Sudanese dictator in 2019. The military declared a state of emergency and a technocratic government was installed to oversee the continued transition to democracy.

Burhan cited growing political factionalism and infighting as what prompted the military intervention. According to the Associated Press, General Burhan stated, “The Armed Forces will continue completing the democratic transition until the handover of the country’s leadership to a civilian, elected government.” The military has consistently held that it will only surrender power to an elected civilian government and not one that was appointed. Although, many see this as a ploy to maintain military influence by making any elected government dependent on military recognition for its legitimacy. General Burhan also said that the constitution would be rewritten and a legislative body representing a greater part of the population than is currently represented would be created.

In response to the coup, protesters have taken to the streets and organized online and in their local communities to oppose it and advocate for the reinstatement of Prime Minister Harmdok. These protesters have clashed with security forces and factions loyal to the new military government, which has resulted in the deaths of eight protesters as of this writing.

The coup has strengthened pro-democracy groups’ calls for a purely civilian-run government. In addition, the two major political parties have begun organizing larger demonstrations, and the Communist Party has called for a general strike.

The coup has also drawn international condemnation from the United Nations, the United States and the European Union. An emergency meeting of the UN Security Council was called on the afternoon of Tuesday, Oct. 26, 2021, by the U.S., the U.K., France, Ireland, Norway and Estonia. After consultations, the Biden administration decided to suspend $700 million in emergency economic aid to Sudan allocated to help the transition. This has begun to pressure the Gulf States such as Saudi Arabia and the United Arab Emirates to use their influence to avert a deeper crisis, mainly famine and civil war. UN General Secretary Guterres has called for the release of political officials, withdrawal of the military from the streets and dialogue between the military and civilian governments to resolve their differences peacefully.

Tensions between the civilian and military leadership of Sudan had been rising for some time prior to the coup. There had been a previous coup plot against the civilian government which was crushed in September. The country has fractured along political lines, with conservative Muslims supporting the military government while pro-democracy groups are supporting the civilian government—both sides had been staging demonstrations. U.S. Special Envoy for the Horn of Africa, Jeffery Feltman, was engaged in intense meetings over the weekend of Oct. 23 to resolve the differences between General Burhan and Prime Minister Hamdok. After the meetings, General Burhan seemed satisfied with the agreement which resolved many policy and power-sharing issues, although General Burhan was still pushing to dismiss the entire Sudanese cabinet and replace it with technocrats.

According to the New York Times, there appears to be no one clear reason behind the coup with various factors ranging from concerns within the military. For instance, Burhan’s concern about being prosecuted for crimes against humanity for his previous support for and actions during the rule of Omar-al-Bashir. Plus, cases of frustration with civilian leaders over their handling of the current economic crisis and civilian unrest due to the power transition and the ongoing COVID-19 pandemic. There is also a desire among the military leadership to maintain the special position of prestige that the military and its senior officers have in Sudanese politics and society. It is known that the military may have been emboldened by what appeared to be public support for them in the form of pro-military demonstrators camped outside the Presidential Palace over the past week and a blockade of the main highway between the capital and Sudan’s largest port by a pro-military ethnic group.

Nevertheless, opposition to the coup from all sectors of society has been strong. The people continue to organize protests and demonstrations against the coup and fight for the restoration of civilian rule. Whether or not the people of Sudan can salvage their fragile democracy and continue forward in their transition to civilian rule remains to be seen.