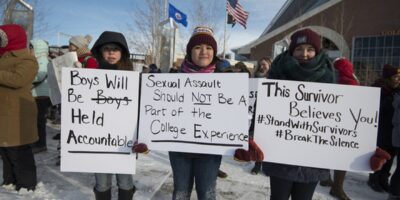 Imagine this: you are invited to the MET Gala by Anna Wintour herself (or, you were invited by her representatives/manager/whoever works for Anna). Or, perhaps you are rich enough to buy a ticket to attend, which, fun fact, costs about $30,000 per person. You are given the beautiful invitation which is embossed with intricate detailing and calligraphy. The invitation inside states the theme “American Independence,” which highlights the beauty and creativity of our nation, and the celebration of American icons. You sit there and wonder “what do I see American Independence as?” You then contact your desired designer, and state what you want. The day of the MET arrives, and you are confident that your outfit is on theme. Plot twist: you are Kim Petras, and you showed up in a horse dress with a literal horse head on the top. Petras is one of the many examples you will find that didn’t fit the theme of the 2021 MET Gala. From people getting outfits from European designers, to carrying green babies around, this year’s Gala was an interesting one.

There were many beautiful dresses that were worn at this event, but many of them did not fit the theme at all. The main example I saw was Megan Thee Stallion’s look. It was argued that the dress was supposed to resemble a dress seen in the days of Old Hollywood, but I simply don’t see it. I personally see it as a gown that you would see at a high school prom in the early 2000’s. She also stated that it was supposed to have a “hot girl twist”, but again, I don’t see it. Is it a beautiful dress? Of course. But, her dress is one of the numerous examples of a dress that I didn’t see as “on-theme”.

Some have also argued that the theme was too broad, which I can agree on. However, I don’t think it excuses some of the looks that were showcased at the event. The term “American Independence” can be taken in so many routes; some may take it as patriotic, while others may see it as a way to amplify American designers. Either way, there were many people who did not follow any of the routes they could’ve taken. Do you remember when I said that there was someone carrying a green baby around? If so, Frank Ocean is the perfect example of someone who didn’t stay relevant to the theme. Not only was he carrying a green baby around, but he was also wearing Prada, and did not have any connection to American Independence.

There were also a few people in attendance who many argued should not be there. For example, TikTok stars Addison Rae and Dixie D’Amelio were both present at the Gala, which brought many followers of the MET Gala into a fit of rage. Honestly, I do not blame them; they have never been seen as fashion icons. Yes, they have millions of followers on TikTok (and have a strong Gen-Z audience), but there are many other influencers they could’ve chosen from. A prime example of a good influencer to invite was Emma Chamberlain, who has practically been the icon for Gen-Z fashion for a few years now (which, by the way, she looked stunning at the Gala).

Though there were many celebrities who did not fit the theme, some executed it perfectly. The one that is on many people’s minds at the moment is Kendall Jenner, who seems to always fit the MET Gala theme. Even though her dress was designed by Givenchy, it did pay homage to the late Audrey Hepburn, who is seen as one of the most iconic celebrities of the 20th century. Not only was it a stunning dress, but it fit the theme perfectly. Another example of a beautiful execution was Billie Eilish, who was a co-chair for the gala this year. Eilish showed up in a champagne-colored ball gown, which showcased a long train and off-the-shoulder sleeves. The dress screamed “Old Hollywood” glamour, which complimented the theme quite well.

A couple of people tried to make a political statement at the Gala, but it was not received very well. Congresswomen Alexandria Ocasio-Cortez (A.K.A AOC) showed up in a mermaid-style white gown that showcased red lettering in the back that stated “Tax the Rich”. Not only was the theme not meant to be political, but this whole moment was seen as highly hypocritical. Yes, she was a plus one for another person, but she is attending a gala that costs $30,000 per attendee. She is also at an event that 99.9% of the population can not, and will not, be able to attend or afford. I understand that she is a politician, but does everything have to be political?

The 2021 MET Gala is not one that I would emphasize in the history books. With the many individuals who did not fit the theme, I’m hoping there will be a more precise theme for 2022. Though there were some showstoppers at this event, they didn’t compare to the sheer amount of random outfits that were worn at this event. Both Anna and the attendees need to get their fashion act together.