The Fruits and Veggies of Warm Weather Seasons 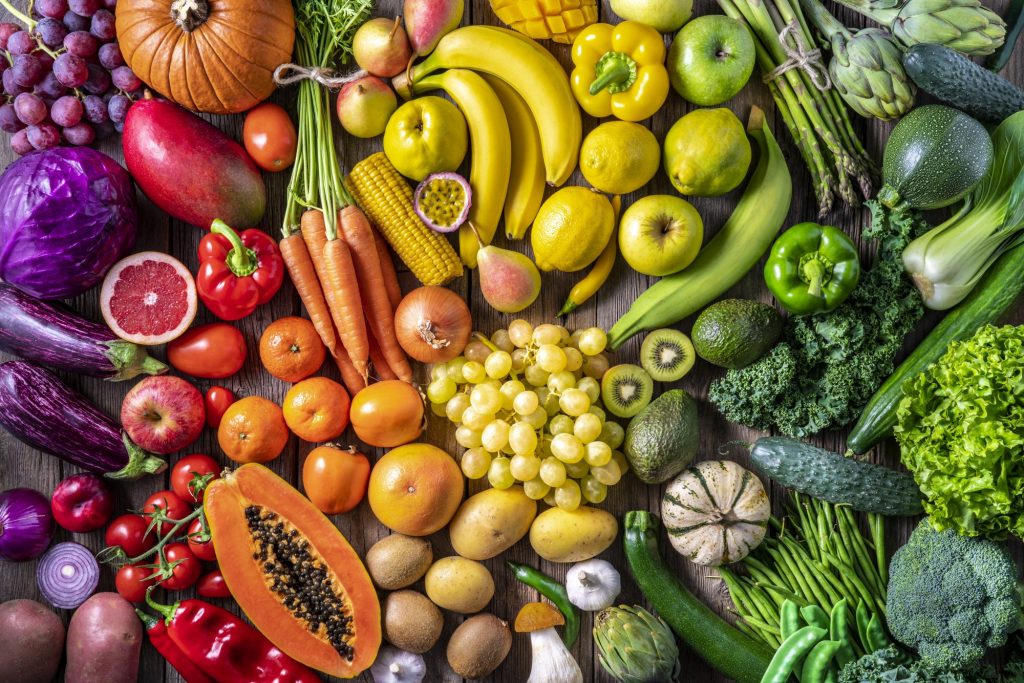 After some research, I found many different fruits and vegetables that are common in the spring and summer months. For the spring, I learned that apricots are popular and loved by many! You can find apricots at local grocery stores and they are usually at their peak from May to August. Another popular fruit is cherries, which many people enjoy snacking on as well.  Fresh cherries are available at local supermarkets during their prime time, which also happens to be from May to August. Another fruit to look forward to trying in the coming weeks and months is grapefruit! Grapefruit is typically available year-round and it is also found in grocery stores and supermarkets, even though people most prefer to eat it in warmer weather. Lastly, lemons are also a yummy spring fruit! They are purchased year-round as well because many people use them to add a little extra something to their water and meals for taste, dieting reasons, and more. Given how popular lemons are, it is a good thing that their prime time lasts for most of the year because you don’t have to worry about them going anywhere!

Along with fruits, there are also many vegetables considered springtime favorites.  To start off, we have artichokes and asparagus, both of which are available at your local store. Lettuce is also an extremely popular vegetable that most people consume year-round! During the nicer weather, you can check a farmers’ market for more fresh options. However, if you are unable to find a head of lettuce there, you need not worry since there are many varieties of lettuce in stores! Peas are another great example of delicious springtime vegetables. I’m a huge fan of peas, but I know a lot of people who do not prefer them. I find that peas are often seen as very tasty or not so much, there is rarely an in-between. They are found year-round, either in frozen bags, in cans, or as fresh produce. If you want to buy fresh peas, check at a farmers’ market during the peak season of June to August.

Moving on to summer fruits, we have blackberries. Although they are purchased often, they are best from June to July.  Along with supermarkets, you could definitely find them in local farmers’ markets where produce is extremely fresh!  The next fruit is blueberries, which is a very popular and loveable fruit. The third fruit is raspberries, which are my personal favorite!  Both blueberries and raspberries can be found in supermarkets as well as farmer’s markets alongside blackberries. The last fruit is an iconic summer favorite, and that is watermelon!  Everyone can agree that watermelon is a great snack to have on a hot summer day, and its delicious taste is an added bonus! Watermelon, like the other summer fruits, is easily found at the supermarket as well as at your local farmers’ market, you are likely to find them there too!

Last but not least, let’s talk about summer vegetables! There are cucumbers, which serve as a delicious addition to salads. Next, we have tomatoes, another fan favorite when it comes to salad preparation.  Similar to cucumbers, these are around all year but are more commonly found during the warmer weather. Third, there is squash which comes in several different types: butternut squash, zucchini squash, spaghetti squash, honey nut squash, and so on! They are also available year-round and there are no issues with finding them in the colder weather since a lot of squash is harvested in the fall. Luckily, they are also eaten in the summer too so if you are a fan of squash you will not be disappointed! Finally, corn is another popular vegetable, but it is a huge summer favorite as it peaks from May to September.  Thankfully, farmers’ markets carry a lot of fresh corn, but you can easily find them in stores as well.

If you are a fan of any of these fruits and vegetables, be sure to keep an eye out for them as the weather gets warmer!