Nevada Was Feeling the Bern

Posted by Samantha DeRagon on February 28, 2020 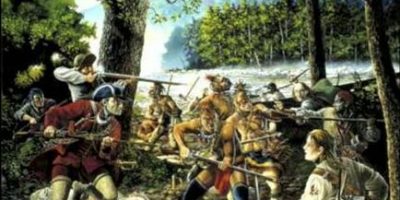 Colonization in the Americas

On February 22, 2020, the third state in the Primary Process, the State of Nevada, held their contest.

Leading up to the caucus, the Democratic National Committee held a debate between the top 6 candidates in terms of national polling and fundraising. The six candidates were Joe Biden, Bernie Sanders, Elizabeth Warren, Pete Buttigieg, Amy Klobuchar, and Mike Bloomberg, who surprisingly made the debate at the last minute, despite not even being on the ballot in Nevada. The Caucus became much anticipated after a fiery interaction on the debate stage between Elizabeth Warren and Mike Bloomberg, which many anticipated helping Warren do well in the Caucus.

On Caucus day, though, the result was a blow out for Bernie Sanders. According to the New York Times, Bernie Sanders received 46.8% of the vote, which was 26.2% more than anyone else that was running. This victory was Sanders’ third popular vote win in the contests, making him the first candidate to win the popular vote in all three of the first three primary contests since the contests were reformed in 1968.

Unexpectedly, Joe Biden came in second in the Nevada Caucus. After a poor showing in both Iowa and New Hampshire, the caucus in Nevada and the February 29th primary in South Carolina are becoming increasingly important for the Biden Campaign if he wants to have any chance at winning the nomination.

Pete Buttigieg came in third. So far this primary season, the Buttigieg Campaign has been the only one to beat Bernie Sanders in terms of delegates awarded when he did so by a very slim margin at the caucus in Iowa.

Elizabeth Warren came in fourth, which was a shock to the campaign as it was looking to do very well in the state due to conflict between Bernie Sanders and his campaign and the powerful culinary union in Las Vegas who are opposed to an abolition of private insurance because the health care benefits that they negotiated are very good and the support of Harry Reid, a popular former Senator from Nevada.

Tom Steyer came in fifth and Amy Klobuchar came in sixth, with 4.7% and 4.2% of the vote respectively. Also getting votes were Tulsi Gabbard from Hawaii and Andrew Yang, who dropped out on February 11 shortly after the New Hampshire Primary results were announced.

Following the Nevada Caucus, it has become extremely clear that Bernie Sanders is the front runner to be the nominee for the 2020 election on the Democratic side. This has caused some moderates in the party to mobilize in opposition to the Senator, including calling for unity behind one of the moderate candidates for President. From the progressive wing of the party, there have also been calls on Elizabeth Warren to drop out of the race and immediately endorse Bernie Sanders to try and secure him as the democratic nominee.

This Primary season has been an exciting one so far and will only continue to be as we head to South Carolina on February 29th and Super Tuesday on March 3rd.

Colonization in the Americas