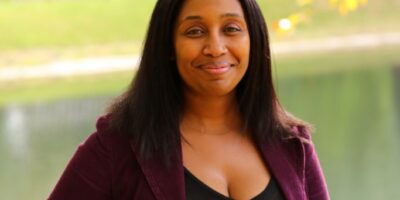 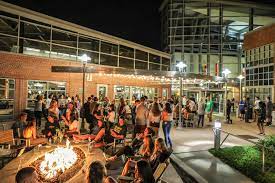 Pulitzer Prize-winning journalist, editor, author, and professor of journalism, Paul Moses, stopped by Siena’s campus on October 2nd for an intimate gathering in The Norm with students. Students interested in fields such as writing and journalism were invited to attend and hear some advice from a man who made a career out of these topics.

Moses worked in New York City for a number of years as a journalist for the newspaper, Newsday. It was here that he and his team won a Pulitzer Prize for an article about a motorman who was under the influence and crashed a train in the subway, killing 5 and injuring about 260 people. Moses used this article to teach students about journalism and clever ways to keep the reader hooked. He mentioned the importance of active verbs to keep the reader interested and make the writing smoother. He explained that news needs emotional writing and in order to achieve this, the writer needs to insert the right details. Moses elaborated that just because a piece of work has a lot of details does not make it good content. The details need to be important and work with the story rather than against it.

Moses brought in an additional article of his following the 9/11 terrorist attack. He explained to the group of students the difficulty of writing a paper on such a horrific experience but he looked at is as writing any other story. As a journalist, he has heard, read, and composed stories on such unfortunate events. He believes that he has to keep working to get the news out to the public and therefore, he must look at these events as just any other story. Moses explained a journalist tactic known as the inverted pyramid. This is a strategy to put the most important information at the beginning of the story and move on, each piece following less important than the last. Then there is a pivot as the writer moves on to tell the story chronologically. The point here is to get the most important information out first to the reader without them having to go through the entire story to find out what happened. He spoke of the importance of knowing what you are writing about. “The #1 enemy for writing is not knowing what to say” Moses stated. He mentioned a quote by Bill Wheeler to sum it up nicely; “Good writing is clear thinking made visible”.

Moses presented valuable lessons to the group of students, positive words of affirmation to liberal arts students that do not often hear it. He told them to keep writing because writing is not just a hobby but a skill. English majors, communications majors, and many others in the liberal arts field often get asked what they can do with such a degree. Moses said to the group that “There is a lot you can do with writing.” For many, it was reassuring to hear that there is a positive path with someone with a liberal arts degree and that it is not just a useless piece of paper paid for with thousands of dollars in loans.

Paul Moses provided intelligent aid to those pursuing a career in writing. Writing is an essential skill as it has more uses than just being able to write a story. Good writing leads to showing intellect and proving you are capable of critical thinking and composing an argument. Having the opportunity to speak with Paul Moses was a gratifying experience and Siena thanks him for donating his time and words. To keep up with Moses check out his articles on news sites such as The Daily Beast and Commonweal Magazine. Also available are his books, The Saint and Sultan and An Unlikely Union: The Love-Hate Story of New York’s Irish and Italians.