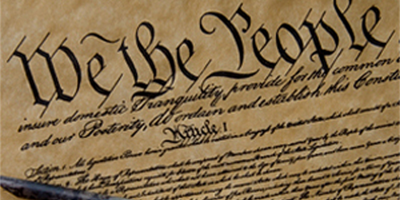 Oaxaca is a state located in Southern Mexico that decriminalized abortions this past Wednesday, September 25th. In a 24-10 vote, lawmakers of the state ruled that women can have abortions within the first trimester (the first 12 weeks of a pregnancy).

Oaxaca is the second jurisdiction to decriminalize abortions. The other being Mexico City. Mexico is a religious and conservative country,and these values have contributed to the longstanding ban on abortions. According to The Guardian, opponents of this law, including priests and religious people, greeted lawmakers with chants of “killers!” as they exited the vote Wednesday.

Prior to Oaxaca decriminalizing abortions, women would have to travel to Mexico City or seek illegal abortions. Illegal abortions are the third largest cause of maternal death in Mexico.

There has been intense retaliation to the decriminalization of abortion. According to The Guardian, 20 of 31 states within Mexico have placed further bans and restrictions on abortions. As Oaxaca moves to decriminalize and make abortion more accessible for women, many other Mexican states are seeking to completely outlaw and criminalize abortions.

Though this organization may not have had direct influence in Oaxaca, they are present in the region. According to CNN, that from 2000 to 2014, Human Life International allocated $7.9 million to support anti-abortion efforts, Mexico being one of the locations to receive funds.

The President of Mexico, Lopez Obrador, who was elected this past year by a large contingency of evangelical voters, has not shown interest in opening up abortion cases. His main priority seems to be cleaning up corruption within the government. However, President Obrador did send an amnesty bill to Mexico’s congress. This bill seeks to allow amnesty to the impoverished that have been imprisoned by low level crimes and women who have been imprisoned because of illegal abortions.

President Obrador did not comment on the decriminalization of abortions in Oaxaca, but the Federal government tweeted out in support, stating on twitter, “Our democracy is strengthened with the extension of rights and the recognitions of the autonomy of women to make decisions over their own bodies.” It is uncertain as to whether or not more states will follow in the steps of Oaxaca. Two of thirty-two Mexican states have decriminalized abortions.

The Music Industry is Changing, and Taylor Swift is Pioneering it

What Happened to Kamala Harris’s Campaign?