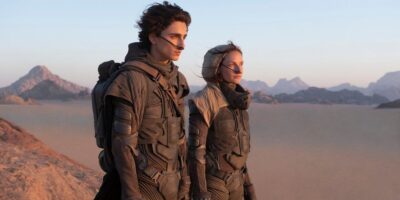 Anyone who knows me knows that I am the world’s biggest Stephen King fan. I can read his books over and over again without getting bored, and can talk about them for hours on end. That being said, the movies made based off of his books, are, putting it bluntly – not good. “The Shining” is okay, “Cujo” is alright, “Carrie” is… a disaster. “Stand by Me,” a classic, is based off of King’s “The Body” and in my opinion is probably the best King book-turned-movie that I’ve come across. In the past few years, multiple remakes have come out of movies released previously based off of the original book. The original “It” movie – also known as the movie who gave me my aggressive fear of all things clown, came out in 1990. The second remake came out in September 2017 and was incredibly well-done and aggressively scary. They chose to split this remake into two parts, the second part set to come out September of this year. Before that much-anticipated movie makes an appearance in theaters, another classic King book was released recently. “Pet Sematary,” the movie, was originally released in 1989 and the newer remake came out on April 5.

There has been increasing controversy over this new remake. In the original book, the main plot point is the event in which the young son, Gage, dies a violent death (not trying to ruin much – everyone should stop what they are doing right now and go read). So much stems from Gage’s death, what with how the rest of the family deals with it – most importantly how his older sister, Ellie, reacts and accepts the death. A large portion of the novel focuses on Ellie working around understanding the idea of death and what it entails. In the second trailer released for the upcoming movie, fans of the original book and movie were sent into an uproar, as the trailer seems to hint that Ellie is the one that dies in the upcoming movie. I, being one of these fans thrown into an uproar, immediately took to Google to try to understand why this pointless change might have been done. An article from Forbes claims that “a toddler just doesn’t have the same physical threat as an eight year old”, and there seem to be fears that the child would be compared to the doll, Chucky, in the movie “Child’s Play,” due to the release of that remake coming out soon after “Pet Sematary.” Hearing that a big change like this was being done, I didn’t have high expectations for the movie.

Turns out, I have a keen eye on guessing how absolutely disastrous a movie will turn out. This was truly one of the worst movies I have ever seen. Never have I witnessed such static main characters, who have so little in terms of personalities and character development. The one redeeming character was Jason Clarke, who played Louis. Amy Seimetz, who plays Louis’ wife, Rachel, had such little personality in the film it was like watching an actual blade of grass attempt to put on a performance – which probably has to do more with how they were portraying the actual character than any skills the actress has herself. The daughter, Ellie, spoke and acted in a way no normal child would ever speak or behave, making her come off quite cheesy in most of the movie, and the son, Gage, was little more than a prop making an appearance every once in a while. There were a few scenes, like the truck accident scene, which were phenomenal and did succeed in making my heart race a little bit, but these scenes were far and few between. While most movies typically have a slow start while building the characters personalities and filling an audience in on the main plot, this movie had a very quick start and then slowed down to the point where at the final scene of the movie, I was planning out what I was going to do that night rather than watch what was playing out on screen.

Not all of the blame for such an astoundingly terrible movie falls on the director or producer or cast and crew. Books – especially Stephen King books, have too much detail, feelings, symbolism and imagery that just seem to fall short when acted out in a movie. That annoying thing readers say, you know, “The book was better than the movie!” is typically true. The messages and emotions within the books rarely come across. Having read a book one or multiple times, the reader comes up with their own idea of what things, characters and scenes look like, in their own heads, and having a producer come up with his own ideas and put it on screen almost ruins the imaginative process of reading the book in the first place. Either way, I’m glad I went to see this movie as it’s always fun to follow along with full knowledge of most of what happens from having read the book. Although now nervous of what will happen when “It” comes to the big screen in September, I look forward to perhaps some more King books turned movies in the future.