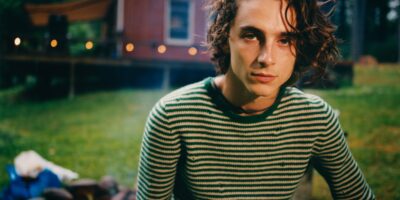 On Feb. 2,  the annual fundraiser for Habitat for Humanity was held. The fundraiser is a show called Mr. Siena and has taken place every February for the last several years and features eight male students competing in a talent show/beauty pageant in hopes of receiving the title of Mr. Siena. There are three categories and participants have to act in a skit promoting Habitat for Humanity, showcase one of their talents, and dress in formal wear with an escort to answer a question. This year, freshmen Aidan Hoskey and Matt Duncanson, sophomores George Ghobriel and Cooper Humpf,  junior Jason Padilla, and seniors Sam Upson, Dan Heslin and Thomas Schlink, competed for the crown.

The show kicked off with the return of last year’s Mr. Siena, Adam Villanueva. He was full of energy and came out in a white tank and sunglasses, bearing an uncanny resemblance to Freddie Mercury. He performed to Queen’s “Don’t Stop Me Now” and rounded up this year’s contestants. They did a masterfully choreographed dance to a medley of famous songs like “Laffy Taffy,” “Bye, Bye, Bye,” “Sicko Mode,” and “Don’t Cha” that could have easily convinced me that they all had a dancing background. After the performance, they disbanded to prepare for their individual performances.

The first category was “Habitat.” The contestants performed in order of class year so the freshmen were up first. Matt went the comedic route and took on the persona of the famous “Mayhem” from the Allstate commercials to illustrate how Habitat for Humanity repairs and builds homes. Cooper included funny references to the ever-present game Fortnite to advertise for Habitat, George acted in a Three Little Pigs skit to discuss how sturdy the houses Habitat builds are, Jason did amazing impressions of figures from pop culture, including Marge Simpson, Rick from “Rick and Morty,” and Mickey Mouse while talking about the importance of Habitat. Sam did a skit in which he was walking his dog and found a paper advertising Habitat, in which he also included references to Fortnite. Thom took another comedic approach and did a parody to highlight the importance of Habitat. To close off the category, Dan defended Habitat by participating in a rap battle that emulated “White Chicks.”

Each contestant then showcased a talent, ranging from singing to comedy. Matt started by doing a spectacular cover of “Japanese Denim” by Daniel Caesar with a band by his side. Aidan told a hilarious “true story” revolving around his experience with the FBI because of a group chat, George did an amazing cover of the song “Gravity” by John Mayer and Cooper played the piano and performed a tribute to members of the military. Jason brought the house down with his ukulele and covers of “Count on Me,” “I’m Yours” and “Saturday Sun” and Sam started his performance by doing a solo dance,  joined by two fellow members of the Bhangra team, dancing to “They Don’t Care About Us” by Michael Jackson. Thom dedicated his performance to the Siena community, especially the Class of 2019, and did a reworked version of “Take Me Home, Country Roads” by John Denver. He made the song about Siena College and as a senior, the lines “Siena College, my alma mater, take me home” struck a chord with me. Dan played the saxophone and described his journey at Siena with different Disney songs. His younger brother acted as him navigating each semester on the side while John Ruquet narrated his story. He played classics like “A Whole New World,” “Man Out of You,” “Beauty and the Beast,” “Go the Distance” and ended with “I Just Can’t Wait to Be King”.

The last category saw the boys walking down in formal wear accompanied by an escort. They were each asked questions pertaining to Siena, and they all gave wonderful answers. Matt discussed his goal to inspire others; Aidan described Siena as his new family; Cooper opened up about a friend he recently lost and the challenges surrounding that; George advised everyone to find their niche; Jason talked about how important Siena is. Sam said the best decision he had ever made was deciding to become a Siena Saint; Thom wants his legacy to make a difference after he graduates; and Dan showed gratitude for the Siena community and his fellow contestants, saying everyone was Mr. Siena in his eyes.

The crowning ceremony followed and despite the fact that all the contestants did an amazing job, there could ultimately only be one Mr. Siena and Thomas Schlink took the crown! George won for Best Habitat, Dan took home the award for Best Talent, Sam was crowned Mr. Congeniality, and Jason was the First Runner-Up.

The show was truly spectacular and I’m still surprised it was able to be packed into two and a half hours. The contestants, both young and older, were wonderful. The entire show is available on Facebook if anyone missed it, it’s a show well worth watching!