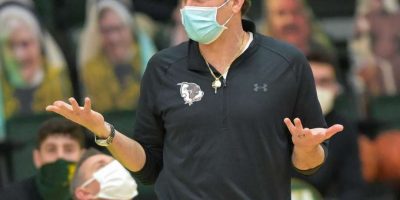 The start of the 2018-2019 NBA season has been one of the most exciting in recent history, with narratives across the league being either fulfilled or crushed, and power balances shifting all around. With just over a quarter of the season under wraps, it’s becoming clearer which teams have a realistic shot at the title, and which teams are entering rebuilding stages. Let’s take a look at some of the most important teams which have made an impact so far, and which ones have done quite the opposite.

Starting in the East, the balance of power has shifted tremendously over one offseason as LeBron James decided to leave Cleveland for the second time in his career, now moving west to the Los Angeles Lakers. While they are currently benefitting from his expertise, Cleveland is also feeling the sting of his absence, sitting at the bottom of the Eastern Conference. Meanwhile, the team which was projected to take over the crown from the Cavaliers, the Boston Celtics, are struggling to hang on to a mere 12-10 record over 22 games. With there being a massive power gap for the top spot, the Kawhi Leonard-led Toronto Raptors have moved to seize it, and are now boasting the NBA’s top record, going 19-4 over 23 games to start. Not too far behind them are the Milwaukee Bucks, with a record of 15-6 over 21 games. However, the six other teams currently in playoff contention are all within five games of each other, with the Pistons, Hornets and Magic all in the top eight. Surprisingly not in this group are the Washington Wizards, whose early-season struggles have left them open to trading their biggest star, John Wall.

Over to the West, the reigning champion Golden State Warriors are having their own early season struggles as well, with altercations between players, stars sitting out due to injury, leading them to have only the fourth spot in the Western Conference, something unheard of in the last few seasons. Meanwhile, one of the most unlikely teams to contend has risen up and taken hold of the top spot in the West – the Los Angeles Clippers. In a league defined by superstar teams, a team that just traded away two of their most notable players is now defining the top of the West. Keeping in tune with surprising moves, the second and third spots are currently held by the Denver Nuggets and the Oklahoma City Thunder, two teams who have good potential season to season, but always fall short. On top of this, the Los Angeles Lakers are now back in playoff contention, holding a 13-9 record over the start of the season. While work has to be done there, the team shows a lot of promise, with a squad of very young, developing players led by none other than LeBron James himself. While still sixth in the West, the second through seventh seeds are all only two and a half games behind the Clippers, which shows that the West now has something which it’s been in need of for a long time – parity.

However, there are two teams in the West which are surprisingly missing from the playoff picture: the Houston Rockets and the San Antonio Spurs, who are 13th and 15th in the West, respectively. For each team, the story is vastly different: for one, it is the story of a team who had lost stunningly in the Conference Finals last season, had acquired even more players to make a championship run, and is now falling more than below expectations. For the other, it is the culmination of a more than 20-year dynasty of having star players, good coaching, and being consistent contenders. But, as players were either traded or retired, things began to fall apart, and now they sit in the depths of the Western Conference.

Compared to previous seasons, we know one thing that will change: the Cleveland Cavaliers will (almost certainly) not be facing the Golden State Warriors in the NBA Finals. After four straight years of the same matchup, there is more chance now than ever for two new teams to arise and fight for their own trophy. Who will come out on top, though, is uncertain.