Posted by Julianna Sebastian on November 16, 2018 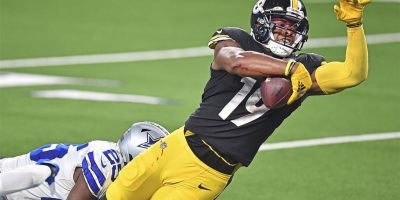 In the middle of August, the Siena women’s soccer team cuts their summer short so they can return to Loudonville and prepare for the season ahead. This year, that season went all the way to the MAAc championship game at Monmouth University. Even though the Saints did not come home with a victory, they established to the other MAAC teams that they are here to stay as a women’s soccer powerhouse.

Before the final game, the MAAC conference announced that junior Taylor Dorado was named MAAC GoalKeeper of the Year. After amassing four defensive player of the week honors and ranking 28th nationally in shutouts by a goalie, Dorado led her team to an 11-8-3 overall record by the end of the season.

Going into their championship schedule, the Saints first faced Quinnipiac at home for the first round of the playoffs. Freshman Emily McNelis scored the Saints two points during this game and beat Quinnipiac 2-1. McNelis scored the game-winning goal in the games 96th minute. After a quick goal from Quinnipiac in the games second minute, McNelis’s first goal of the game came from a cross by junior Madi Belvito making the score tied 1-1. After most of the game was scoreless, freshman McNelis’s game-winning goal secured the Saints a trip to the semi-final game against Marist College.

Goalkeeper Taylor Dorado in this game made four saves for the Saints, making a total of 250 saves for her career.

In the next game versus the Red Foxes of Marist, sophomore Darby D’Angelo helped clinch the victory for the Saints with her goal in the game’s 23rd minute. The Saints completely shut out the Red Foxes with a final score of 2-0, which is the team’s 10th shutout of another team this season. Senior Meghan Riccardi scored a goal in the game’s 62nd minute to secure the victory for the Saints. As Riccardi scored the game-winning goal in this game versus Marist, she also scored the same game-winner three years ago against Marist as a freshman to secure her team a spot in the final game. Dorado once again in goal made four saves for the Saints to become Siena’s leader of career shutouts.

At the championship game, the Saints were bested by Monmouth University in the 7-1 loss. The Saints had only one shot on goal the entire game, which gave the team their sole point. Freshman McNelis scored this goal for the Saints, preventing the game to be a shutout. Taylor Dorado made four saves for the team, and senior goalie Kamryn Peffley ended her soccer career in goal with one save for the Saints as well.

The Saints lose six seniors next year for their 2019 season, most of the team’s starters will be returning next year so make sure to tune it to what will probably be another exciting season.

I am Julianna Sebastian and I am the sports section editor! I have lived in Buffalo, NY my whole life, and hoping to return there after college. I am an English Major with minors in broadcasting and Spanish. I am also a member of Siena College's Division 1 swim team. I enjoy all types of sports, from basketball, football, to more unique olympic sports. I love everything sports talk, and would hopefully like to work as a sportscaster someday for a TV affiliate. My favorite teams are of course the Buffalo Bills and also the L.A. Dodgers because once I met Clayton Kershaw at a hotel I was staying at in Phoenix, Arizona, so now naturally we are best friends. Other than sports, you can usually find me in the MAC swimming with my team or working out. Also, I am in the library a lot writing papers. I love practicing yoga, listening to music, and spending time with my friends. If you have story ideas for my section, email me at jm25seba@siena.eu!