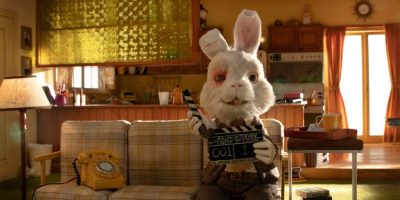 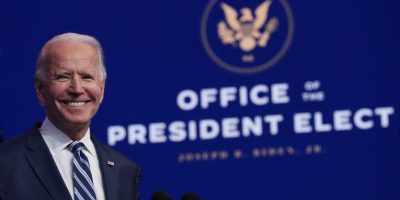 Technological inventions are, for the most part, hailed as striking innovations and occasionally even landmarks of human achievement. In a world where the objects and interfaces we predominantly work with and communicate through had not existed even a full century ago, we are clearly advancing at a more rapid rate than we can control. While the things we have accomplished as a human race are incredible, it has reached a point where it has created a culture where productivity and efficiency are valued heavily over the members of our own kind. The constant buzz about businesses cutting back employees, processes being automated for a more ‘seamless,’ or ‘faster’ completion, or prominent ventures folding because of rising costs and decreased revenues, all have one thing in common: efficiency. I think it is clear that we have surpassed the threshold of human efficiency, and have forgotten how to value the lives of one another over the work a machine can do.

The idea of technological advancements leading to the demise of mankind is not a new concept by any means, but I want to highlight a more focused yet very broad problem: capitalism. While living in a country built on a laissez-faire capitalist economy, the general concept of an individual’s sole contribution to society is not hard to grasp: an agent sells their expertise and hours of their time in exchange for compensation from their employer, and this typically happens for the larger majority of an individual’s life, sometimes even until death. This is commonplace for a capitalist economy, where individuals have the opportunity to advance their well-being by making sound and profitable financial choices and investments, whether it be in things to increase their personal capital, or to support other prospective businesses. Being established as a free country to pursue in the enterprises which you deem are the ones which make you happy is what being an American is supposed to be about.

However, a problem lies deep within this structure, which has only recently come under attack due to the aforementioned technological advances. Simply put, when humans lose the ability to front their labor in exchange for wages, the entire system falls apart, and the only ones who survive are the ones at the top. Going back only a mere 50 years, the enterprises which yielded the most in terms of profit, and in making their founders staples in American history as some of the wealthiest people to ever live, were all in the oil and steel industries. These industries were full of hard-working people, who would toil for days on end, doing the same menial, rough tasks in order to make a living. This was back in a time when the most advanced technology available were devices or machines made for man to either be able to do their jobs or to do them more efficiently. To contrast, look at some of the most prominent startups today, both of which I am sure my humble reader has used at one point or another: Uber and Airbnb. The amount of capital required to be put in by the founder is absolutely naught. The fact that two people, each with an idea and a bit of computer science skills, can build an empire which is toppling age-old institutions, and advance them to the point where humans are not even needed to run them (self-driving cars, the multitude of automated processes which can go into making a hotel nearly self-running) is astonishing, and frightening.

Clearly, one could come up with a plethora of examples of how integrating artificial intelligence within a business’s structure would be a decision simply unmatched by the option of hiring a human worker. One easy example would be a high-powered calculator. While it would take a human a number of hours to calculate one hundred separate numbers all multiplied by each other by hand, a computer could process that information in (probably) a couple of seconds, outclassing its competition 100 times out of a 100. In addition to this, a human has even more drawbacks than a machine: a human gets tired, has to go to the bathroom, needs to eat, etc. In terms of raw efficiency, which in a capitalist economy translates to cost, humans are becoming obsolete.

Logically, in the name of efficiency, there is no reason to choose a human to do processes that a computer could do. We have become outmatched by the very things we’ve created. As more advances are made in fields such as computer science, mathematics, logistics, etc, less and less jobs will be required to be done by human hands. While one may think that there will always need to be someone behind the robots in order to make, manufacture and repair them, it is wise to look at advances made in deep learning. The idea of creating artificial intelligence in a closed system with the potential to teach itself information at a rapid rate, and to carry out task-specific algorithms of its own volition has become a reality. Regardless, the amount of pure intelligence and working knowledge of these machines needed to work at a level even merely relevant to securing a living off of it is rising higher and higher by the year. The fact of the matter is, with myself and my intended audience included, we are the rising generation of people who have to seriously take into consideration the choices we make for a career, for in ten to fifteen years, the entire field which we have spent four or more years studying might not exist.

Examples such as Amazon’s automated warehouses signal an imminent demise of the warehousing and factory industry, the slow death of banking tellers via automated teller machines, financial advisers bring replaced by algorithms which can predict certain financial forecasts and market trends, kiosks replacing customer service representatives, the push from Uber to develop a self-driving car to eliminate the need for a human driver, and even major advances in language and structure comprehension allow AI to create written reports, putting the jobs of journalists and even potentially reporters at risk.

Regardless of our innate desire to venture into the unknown and to make the impossible possible, the limits and needs of the system we have created for ourselves as a society must come before all. Although the advances we have made in the realms of artificial intelligence and computer science are unfathomable in comparison to anything we’ve accomplished, I think it is wise to remember who it was who made this all possible in the first place, and to not replace members of our own kind with objects that can simply do something ‘better.’ Sometimes, I think, the element of human error is what makes things interesting, and worth doing. Striving for perfect, unattainable standards is what will cause us to sacrifice anything in our path to get there, and that, I believe, is inhumane.