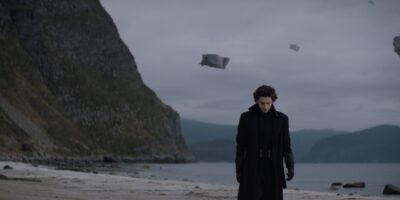 Some say that September is too early to start celebrating the Halloween season but the cast and crew of the Troy Foundry Theatre might beg to differ.

The theatre company’s recent production of “Catastrophe Carnivale: An Evening of Beckett Shorts” during the last two weekends of September offered a unique, immersive and interactive experience for all in attendance. Audience members were given tickets to pick and choose their individual viewing experience of various short plays by avant-garde writer Samuel Beckett in the form of a post-modern, minimalist carnival. One only needed to step right up to the plywood and plastic tents to view each tragicomic short.

Some might say the greatest downside of the production was not being able to truly see the whole show. With an approximate two hour run time, each audience member was only able to see a fraction of the five short plays that the production offered. This does, however, have the benefit of making a unique and personal experience for each viewer. It gives them an opportunity to never see the same show twice, should they have chosen to purchase another ticket to any of the eight show dates.

The performances were held in the Troy Gasholder Building. The building, being a relic in itself of the Troy Gas Light Company a century ago, greatly added to the apocalyptic feel of the show. The circular, dirt-filled building bounced all the voices of each short off its walls at once, emphasizing the deconstructed and eerie vibe as the audience explored the space.

Although the show was mostly comprised of various unrelated shorts, viewers were united through the overarching plot of Beckett’s one-act play “Krapp’s Last Tape.” Between viewing the other shorts, the audience gathered back at the main stage to join in on the journey of the end of an old man’s life.  This man, Krapp, can be seen reflecting on his past regrets through listening to tapes he recorded at different stages of his life. This work ties together the tragedy of a life nearing its end with the comedy of enjoying the simple things, like eating one too many bananas and delighting in the word “spool.”

So, how does a show filled with so many different pieces of work come together? “Catastrophe Carnivale” boasted a total of five directors to give each piece the attention it so deserved. Many of these directors have credits to past work with the Troy Foundry Theatre, as well as other theatre companies in the area, such as the Saratoga Shakespeare Company and the Theatre Institute at Sage. One of these directors, David Girard, is also a professor of acting here at Siena College and directed the college’s production of “Noises Off!” last November.

Though “Catastrophe Carnivale” may not be specifically designed in mind for the Halloween season, it’s absurdism and black comedy is certainly enough to put anyone in the spirit for the dark and bleak. With October just beginning, it’s certainly enough to get you started in the yearly autumn quest for things that scare you, whether your taste is for the supernatural or the existential dread these writings from the absurdist literary movement have to offer.